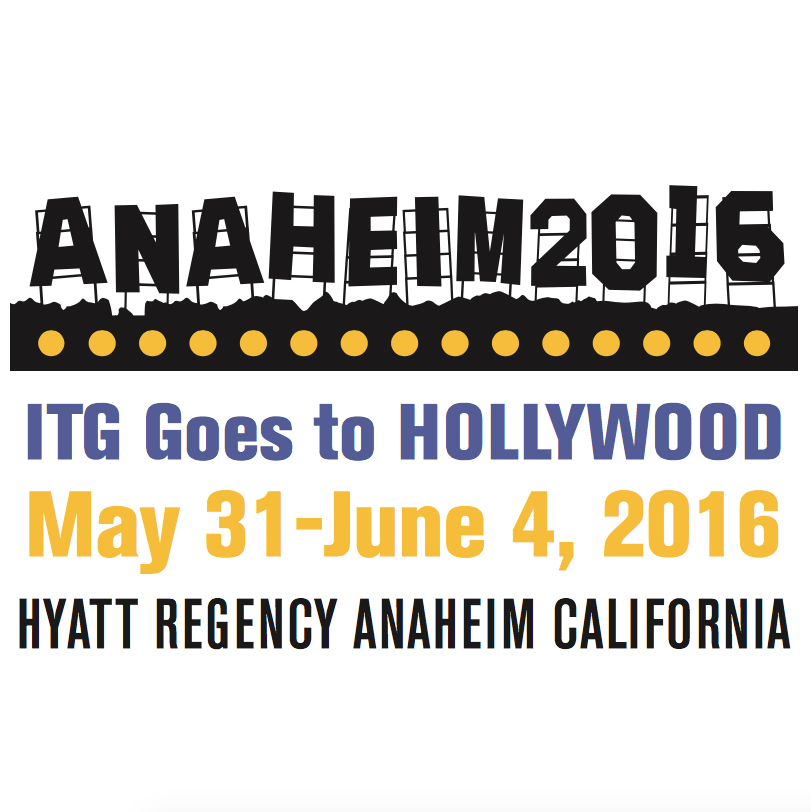 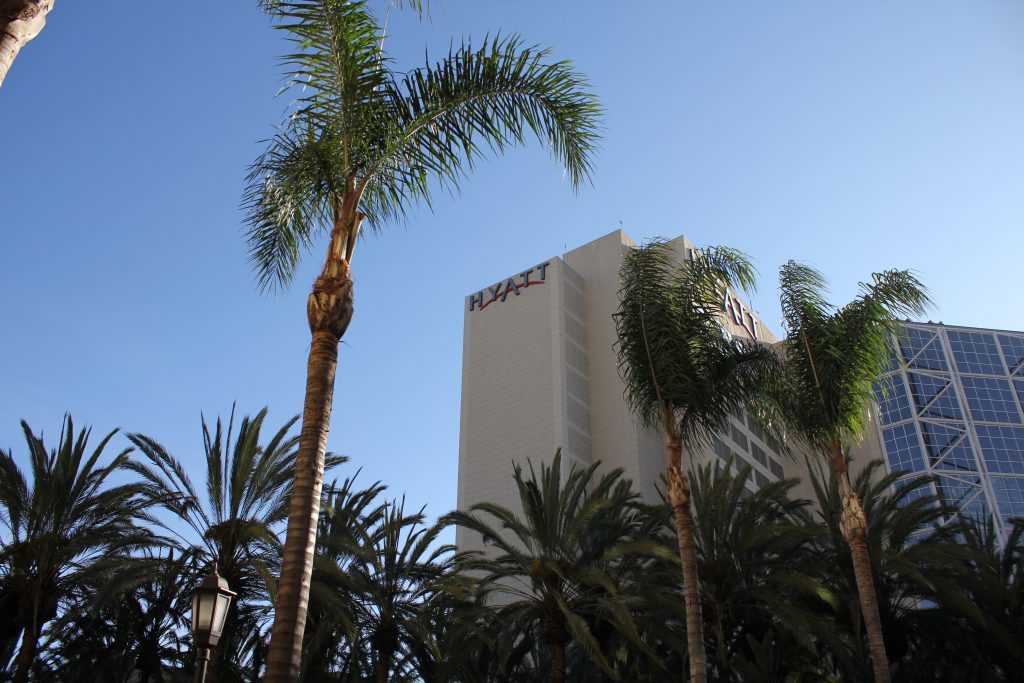 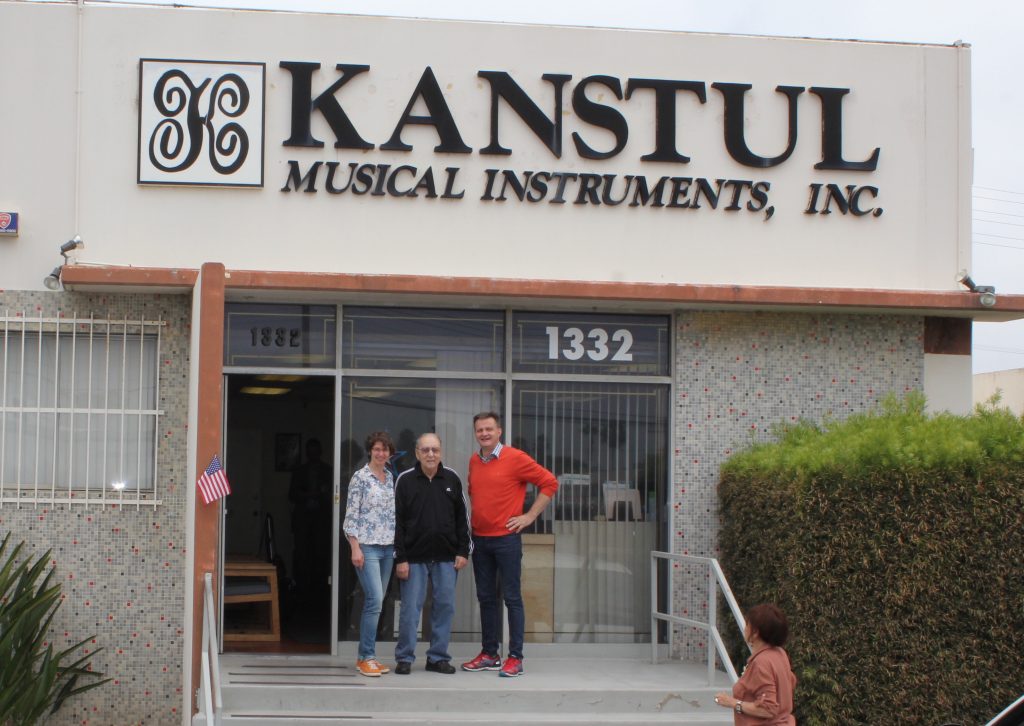 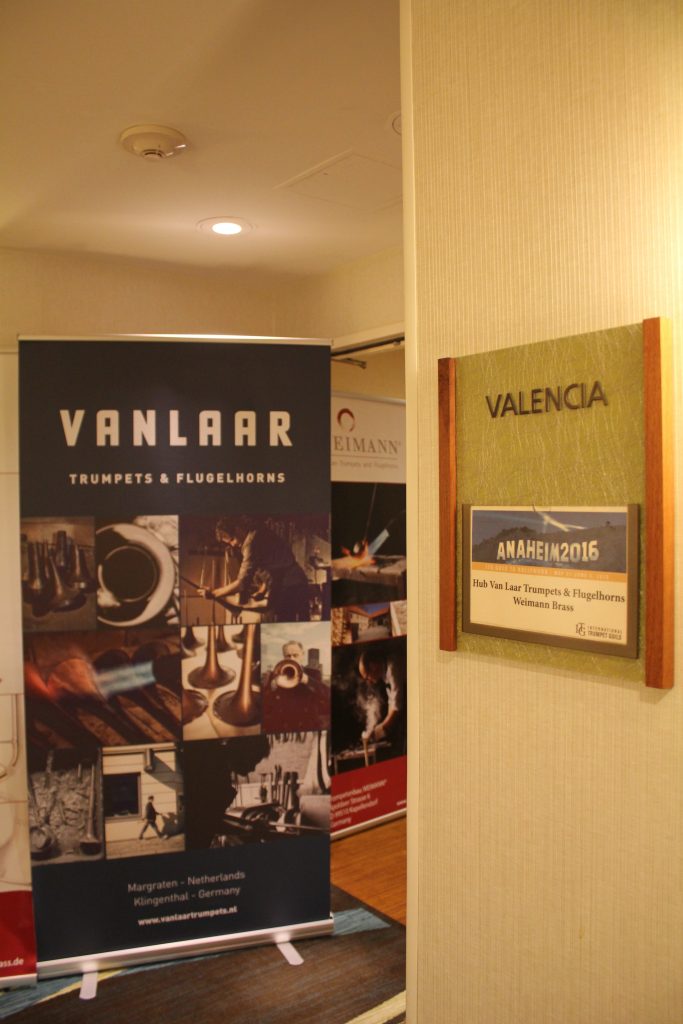 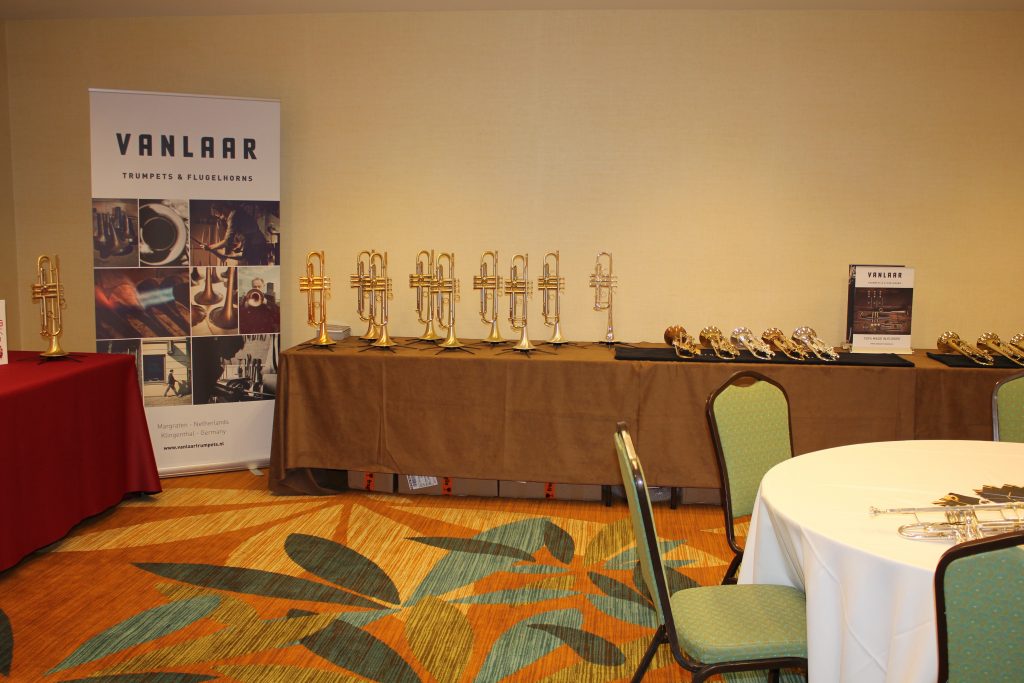 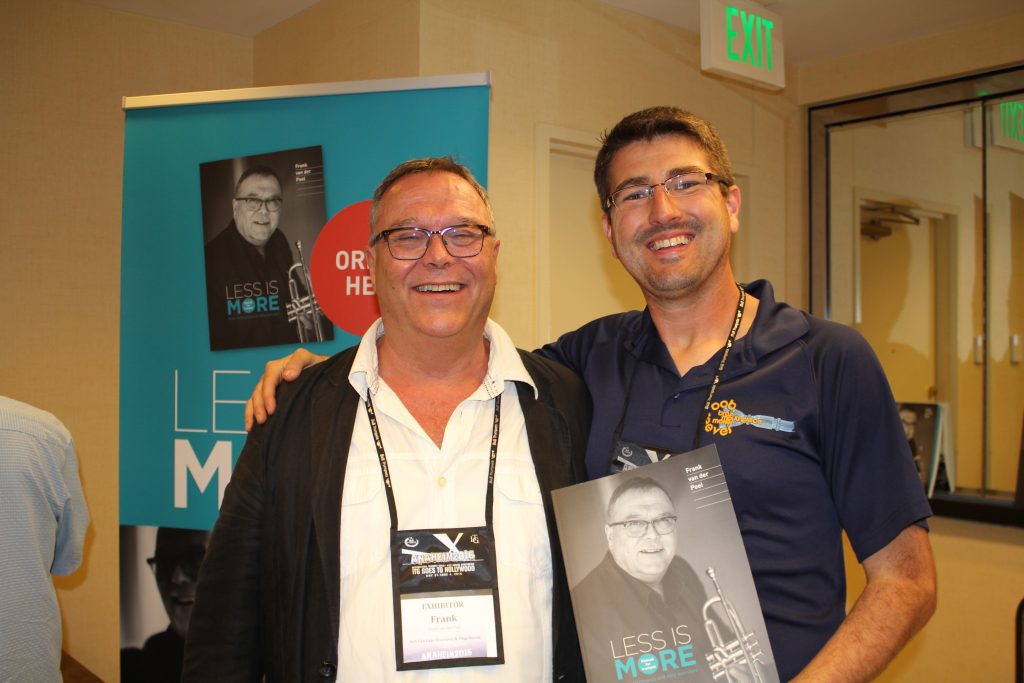 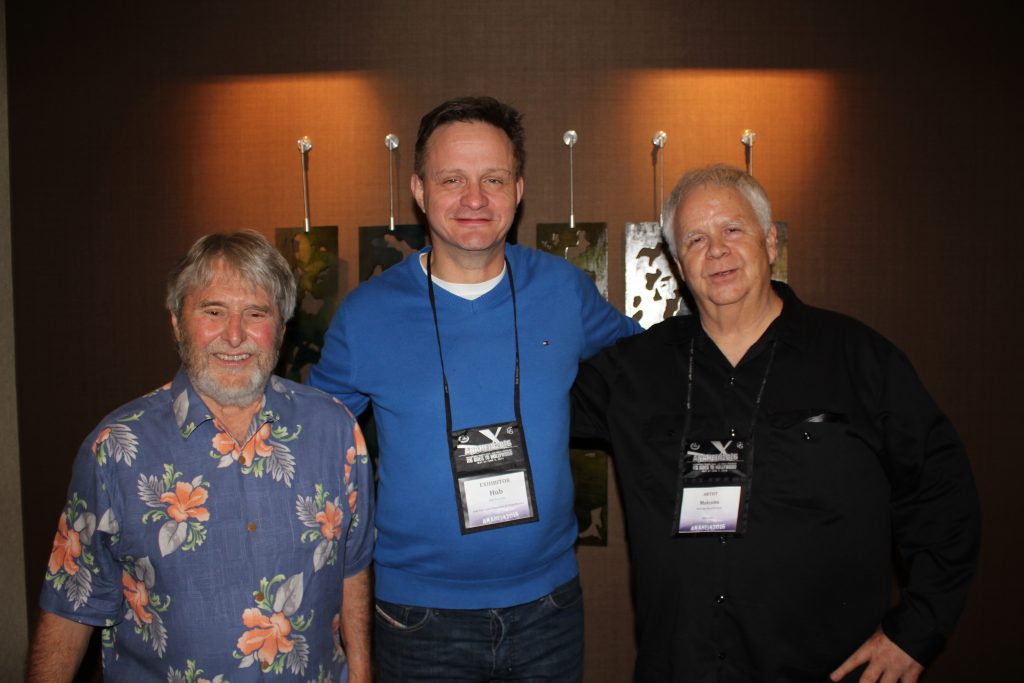 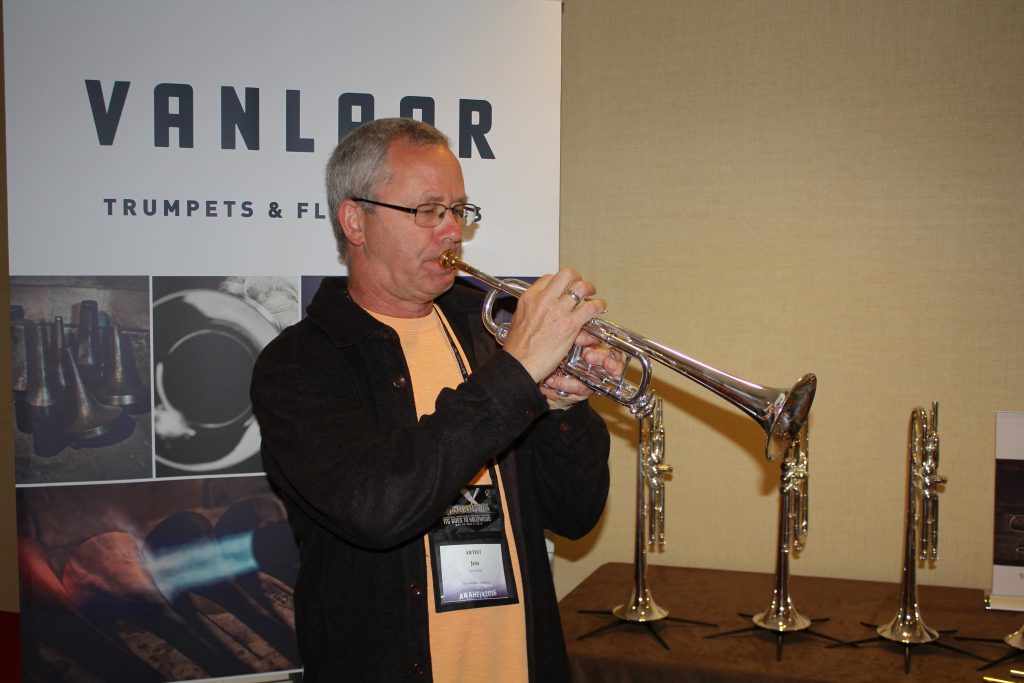 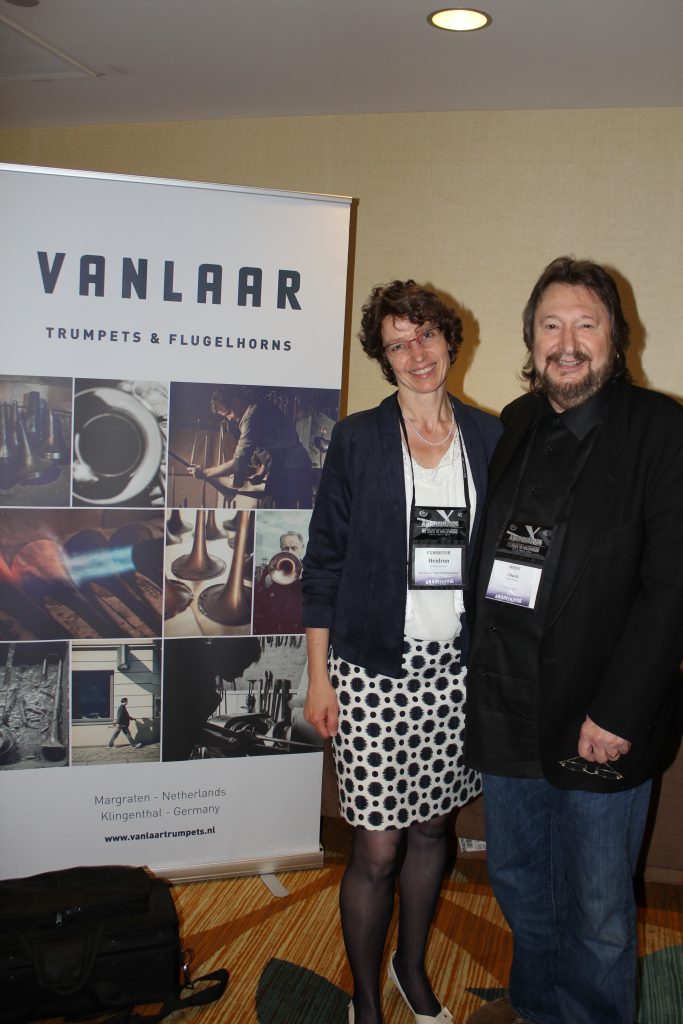 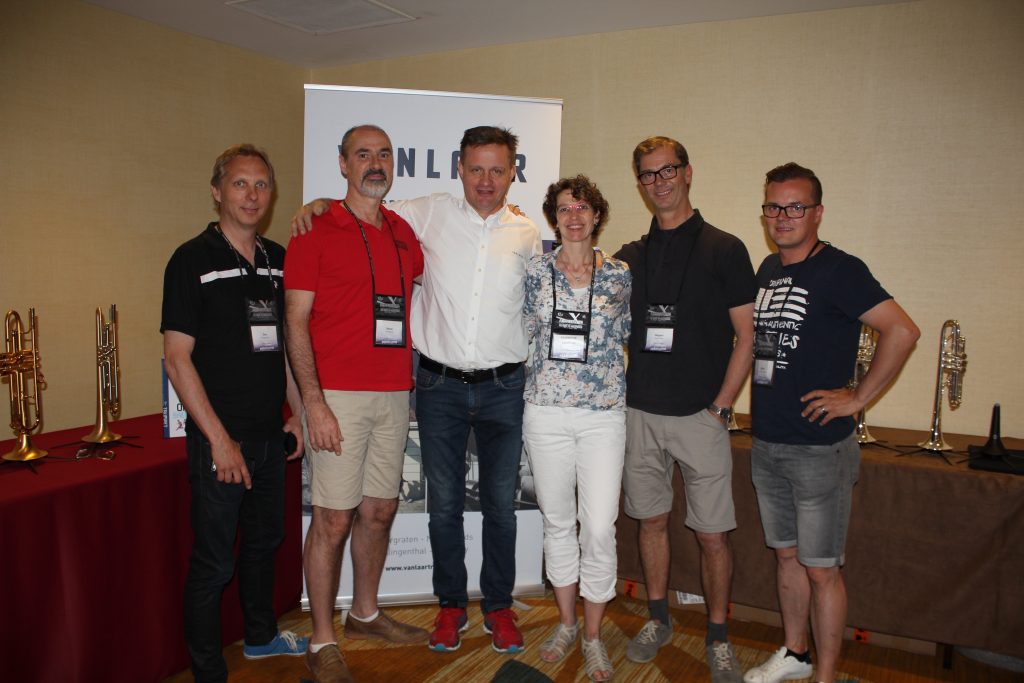 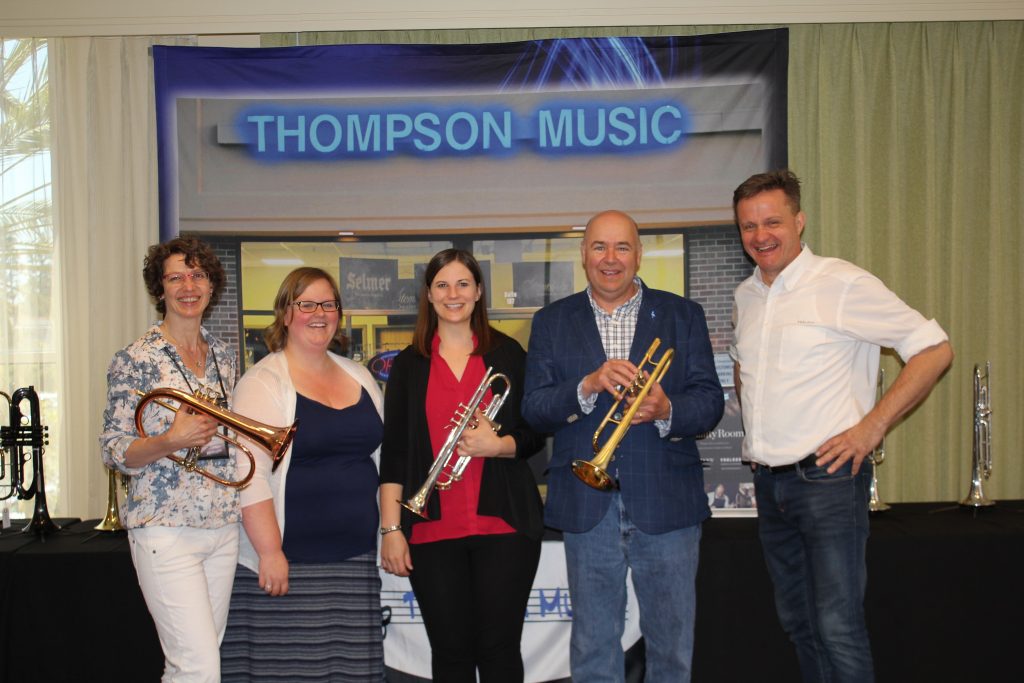 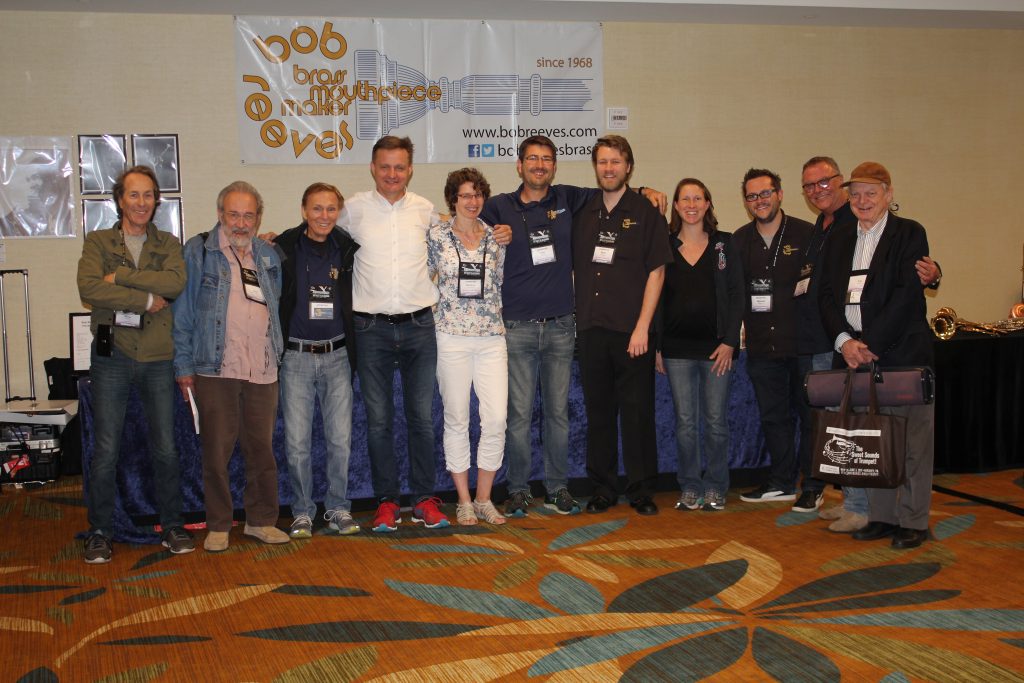 ITG 2016 | The Bob Reeves Team, together with Howie Shear, Hub and Heidrun 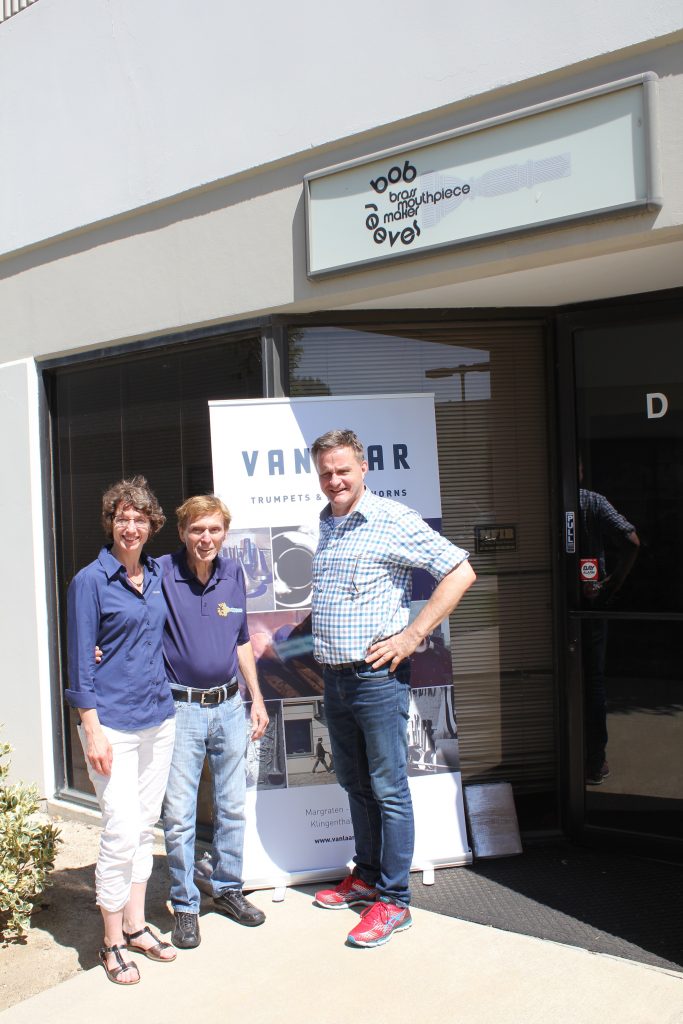 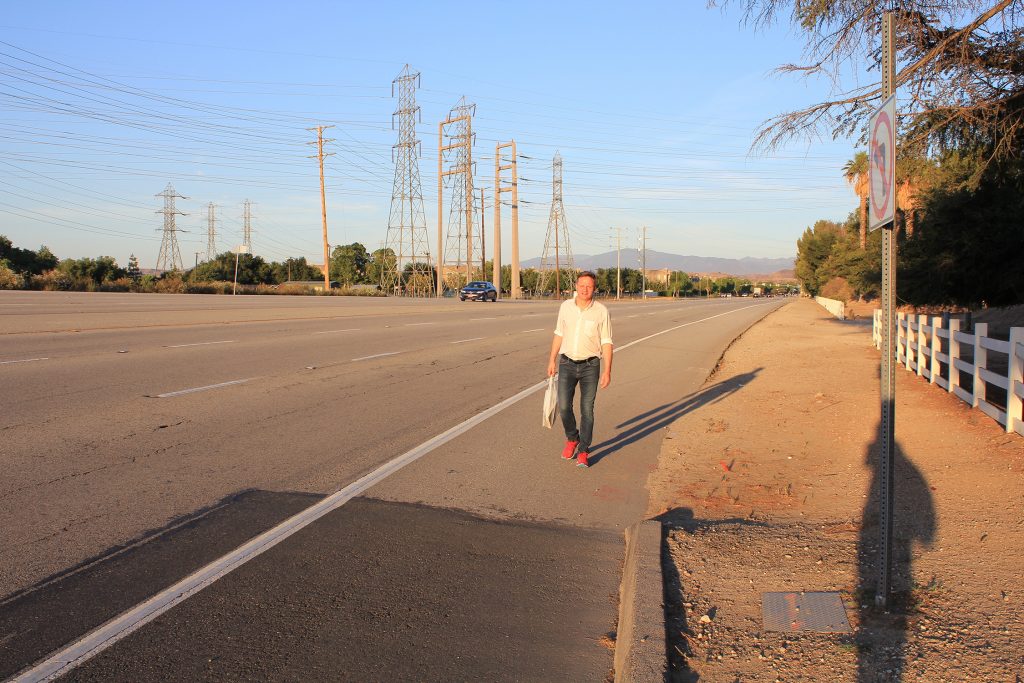 This year the 41st ITG (International Trumpet Guild) Conference took place in Anaheim, California from 31 May – 04 June at the Hyatt Regency Orange County. The team from Van Laar were proud to present their trumpets and flugelhorns at the Valencia Room, which we shared together with Weimann Brass and the celebrated Dutch trumpeter Frank van der Poel.

We were very happy to welcome numerous interested people, musicians, and both old and new friends who were able to test our instruments. It was a special pleasure for us to welcome the two masters of brass – Chuck and Bob Findley. Chuck’s concert “Songs from the Movies” was certainly one of our ITG highlights. We very much enjoyed our visit to the event and would like to express our compliments to the organizers!

Before the ITG started, Kanstul Musical Instruments invited us to their factory in Anaheim where they gave us an extra guided tour. We were delighted to meet company president Zigmant “Zig” Kanstul himself and would like to say a big thank you to the Kanstul company for a great visit!

After the ITG conference we were invited by Bob Reeves to a special “Van Laar Day” at his Brass Mouthpieces factory in Valencia. There we were delighted to meet trumpeters Jon Lewis and Howie Shear once again. Next month, Jon and Howie will be featured guests at Van Laar Trumpets, Margraten. We would like to take this opportunity to thank the team from Bob Reeves Brass Mouthpieces, especially Bob Reeves and John Snell, for their warm hospitality!

Finally, a big thank you to all our customers for their confidence in Van Laar instruments, and to the many visitors for their interest and enjoyable conversations with them. We had a really wonderful time!