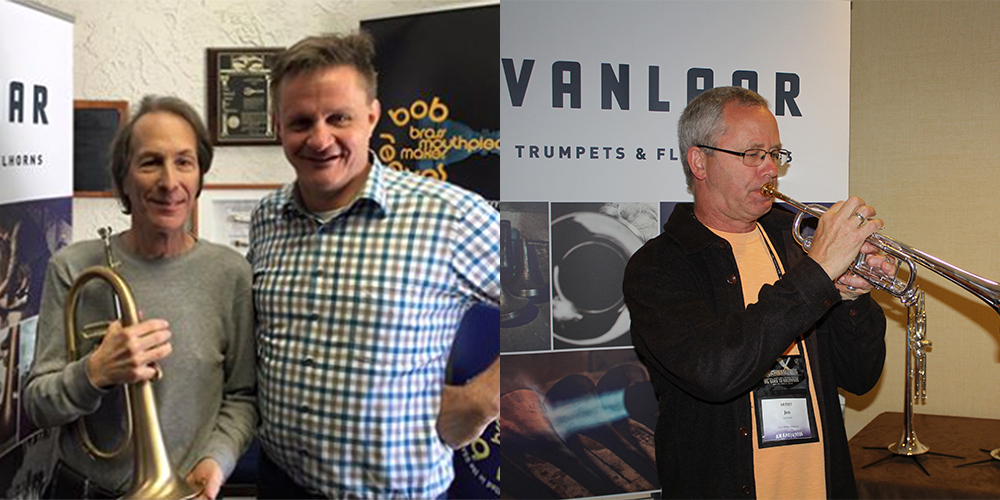 Hub van Laar and his team were delighted to welcome two top trumpeters from the USA to the workshop in Margraten from 05 – 08 July 2016: Dr. Howard (Howie) Shear, who has toured with several bands as lead trumpeter and soloist and played at many jazz festivals around the world and Jon Lewis, who has performed in more than 500 movies and over 1000 TV shows and cartoon films, most of them on his Van Laar trumpet.

During our American Week workshops and master classes took place, which were attended by numerous trumpeters from Belgium, Germany, Switzerland, France and the Netherlands, resulting in lively discussions and both individual and group tuition with Jon and Howie. In addition, the two star trumpeters were always willing to answer questions and give spontaneous tutelage.

The weather was kind to us, which made it possible for everyone to enjoy the food in the open air. The relaxed atmosphere – and above all the charming personalities of Howie and Jon – guaranteed a thoroughly enjoyable time for all.

On Friday afternoon, the two musicians gave a recital, which was accompanied by Leon Dijkstra at the piano. Among others, the following pieces were performed: Prelude for Piano by George Gershwin, Concert Etude by Alexander Goedicke and Autumn Leaves by Joseph Kosma.

We would like to express our thanks to all who visited us, and particularly to Howie Shear and Jon Lewis for a stupendous and very informative visit! 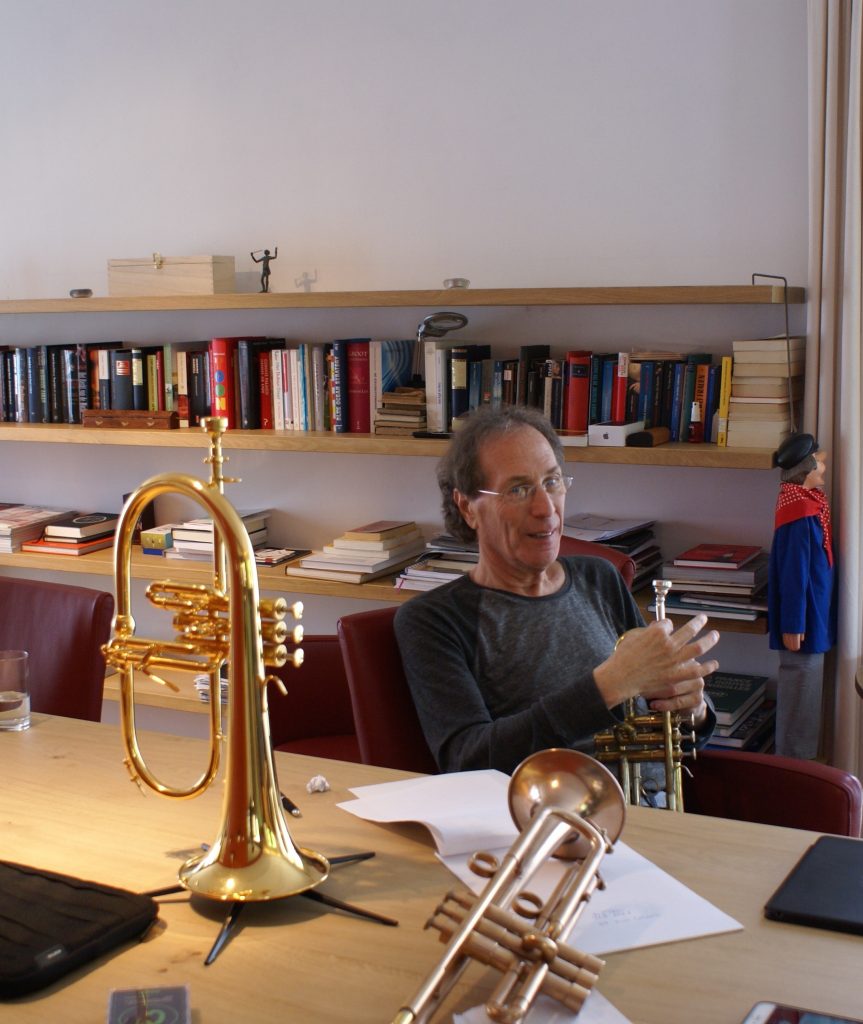 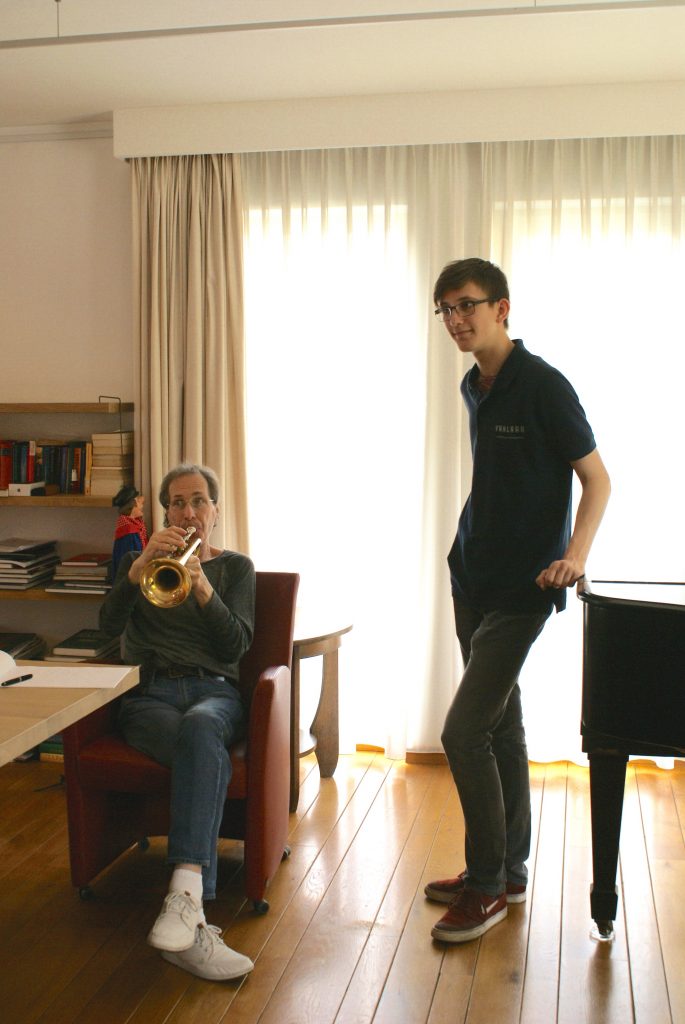 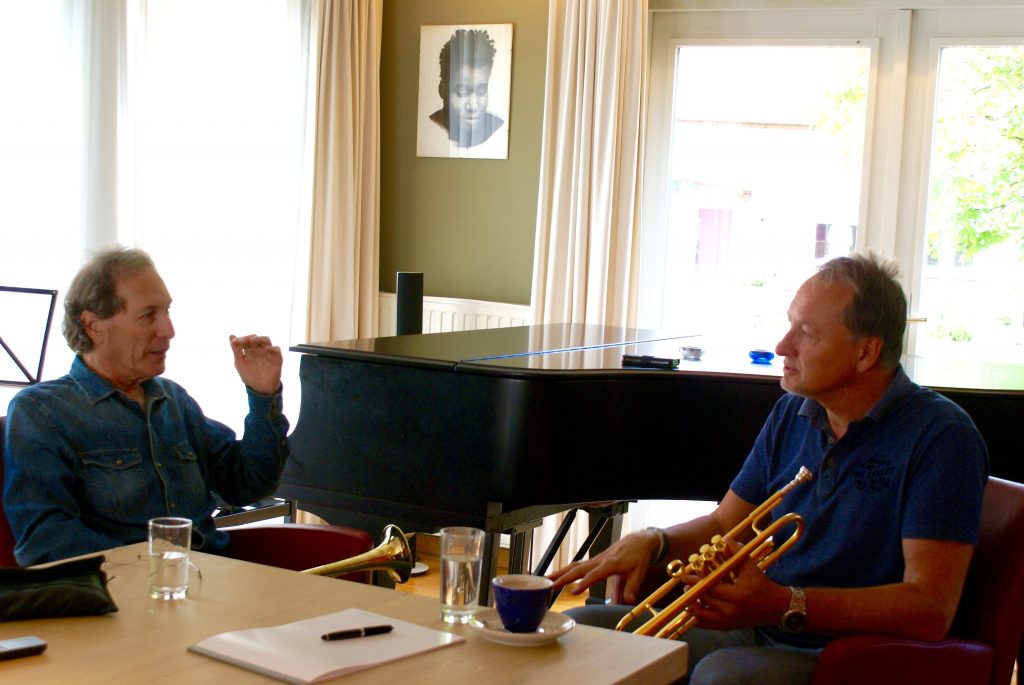 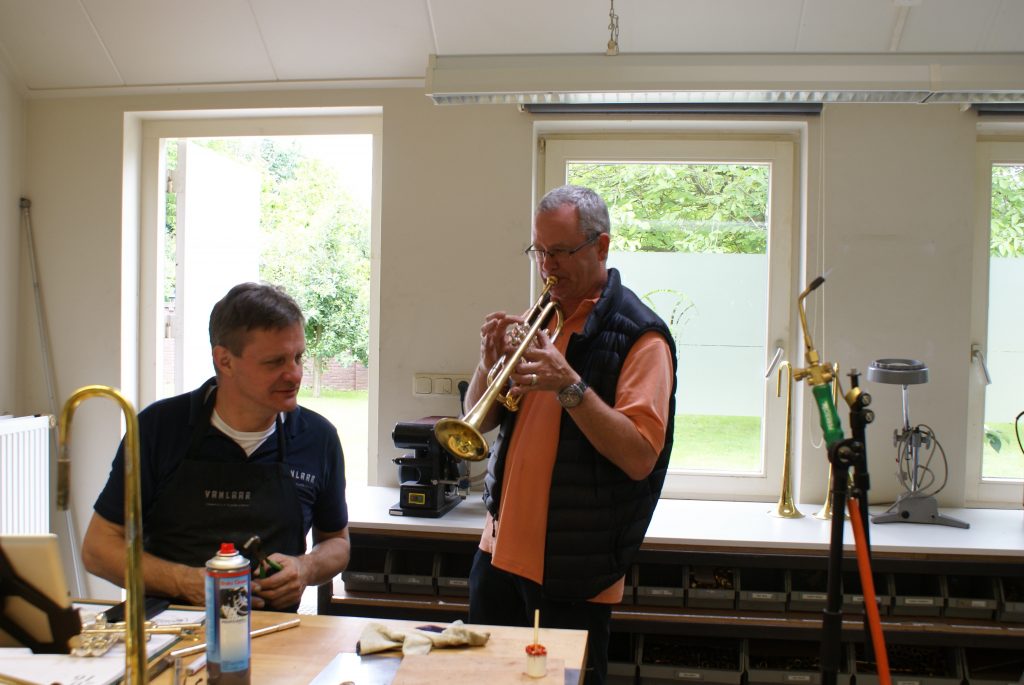 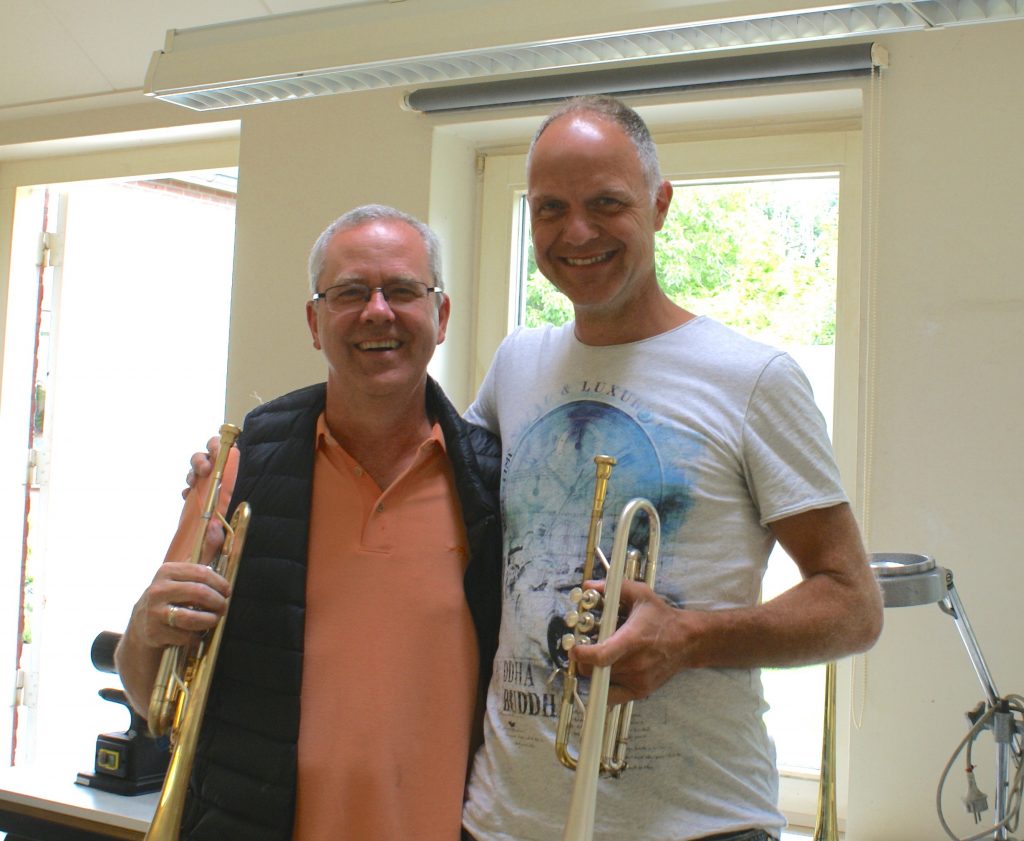 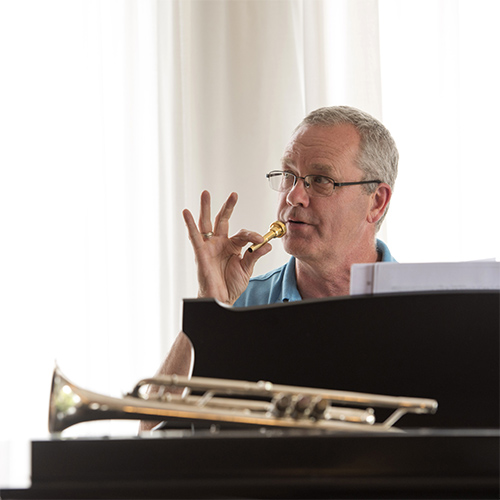 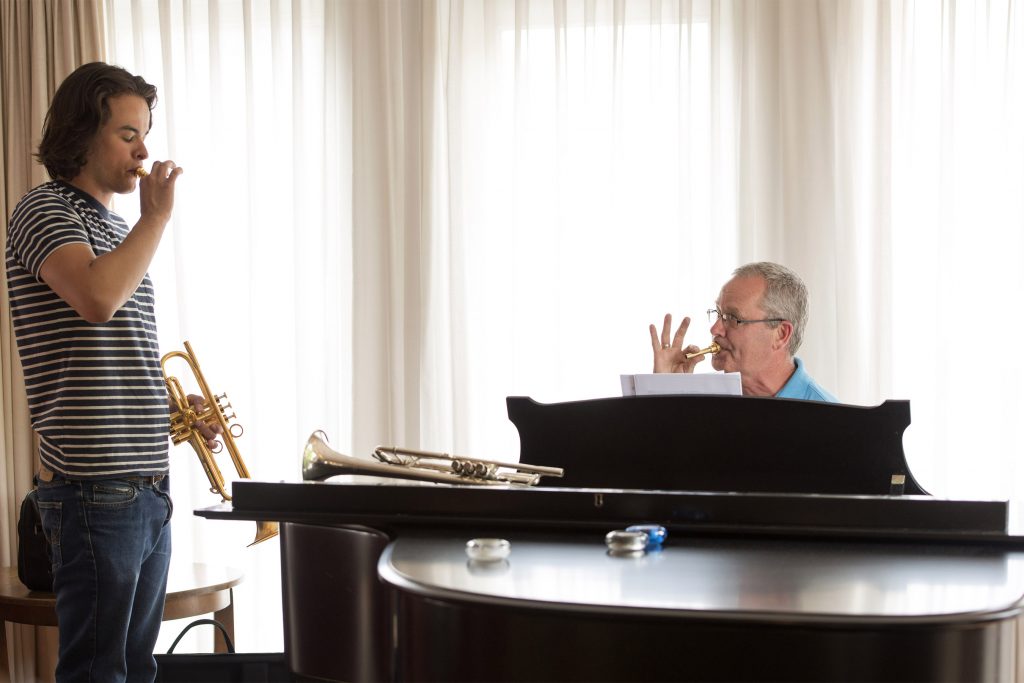 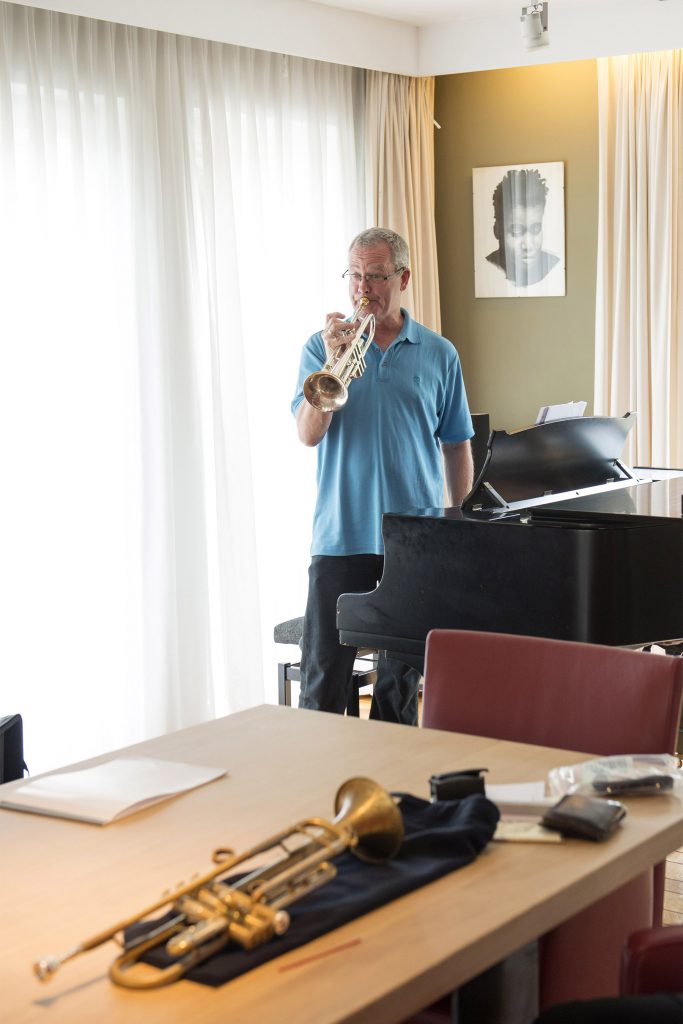 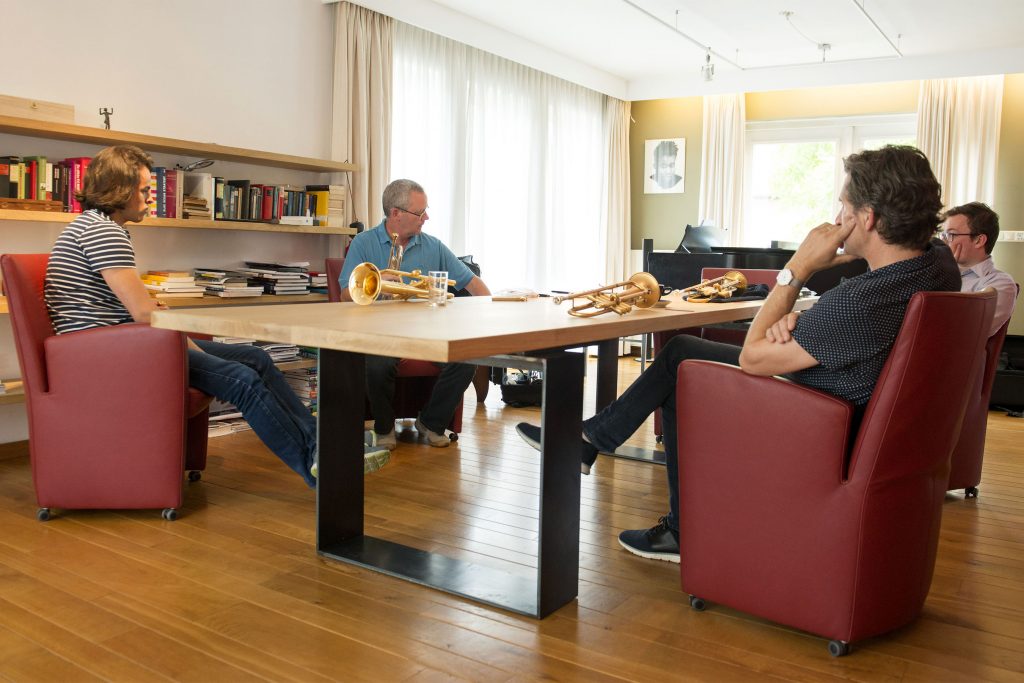 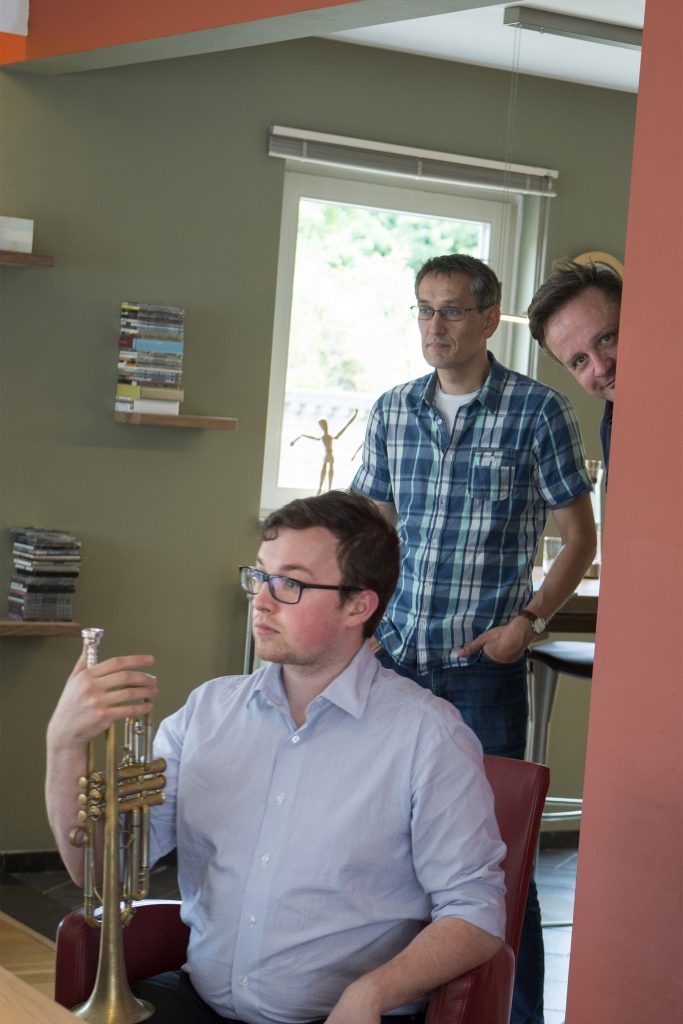 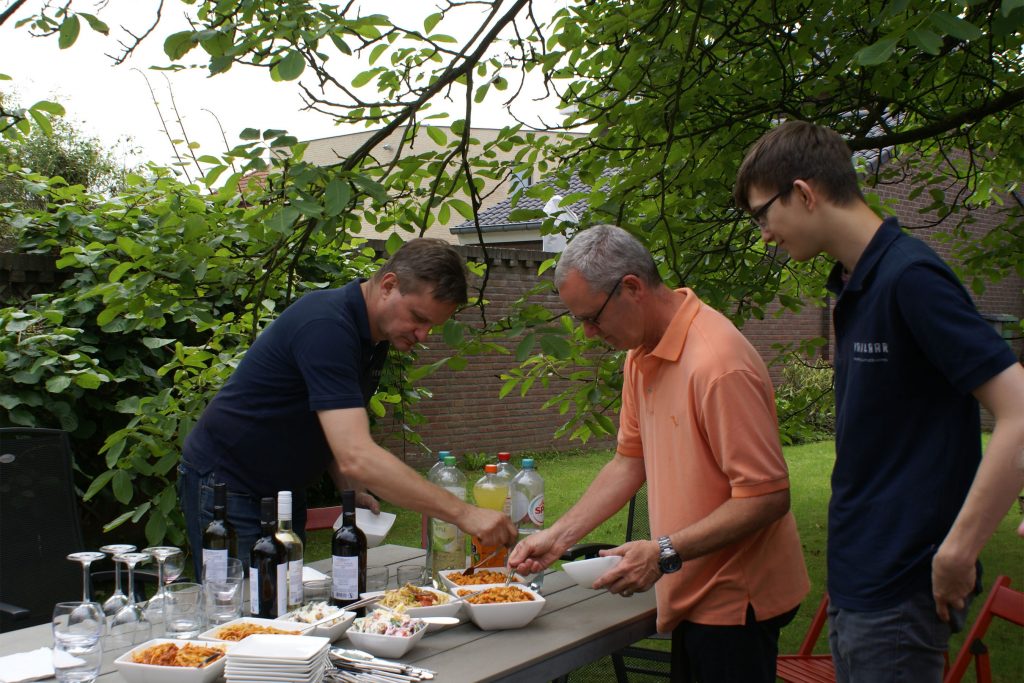 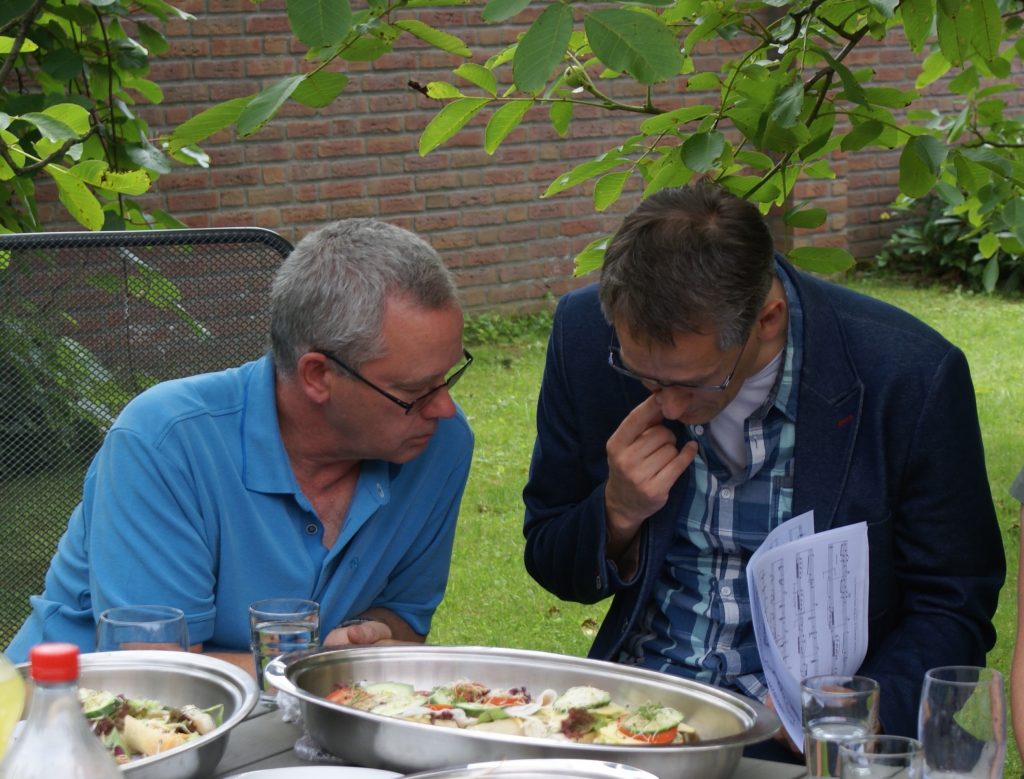 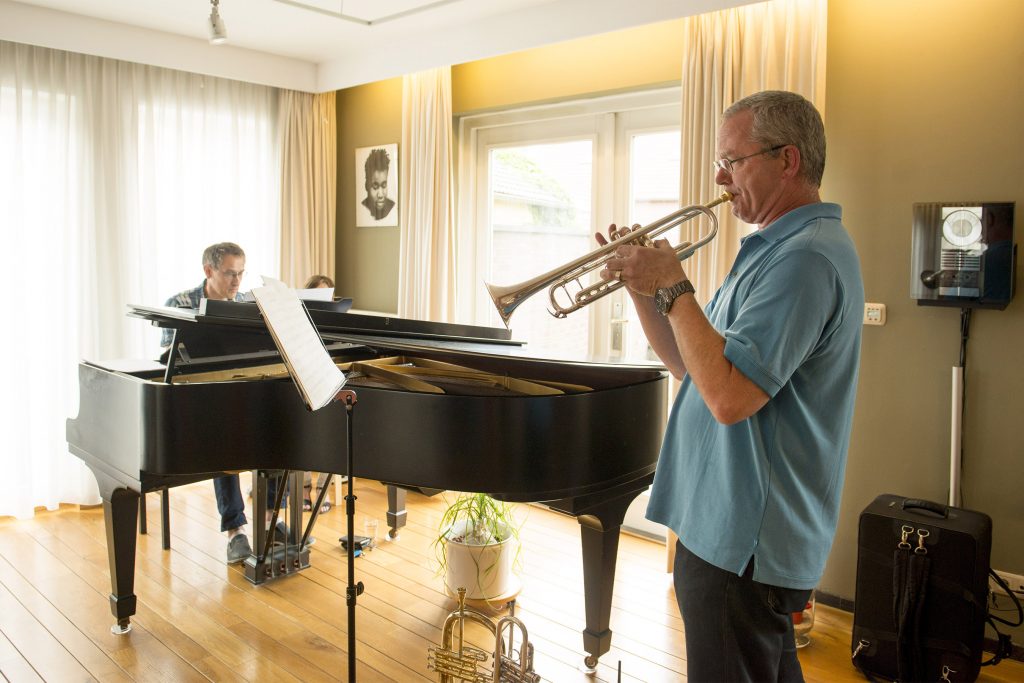 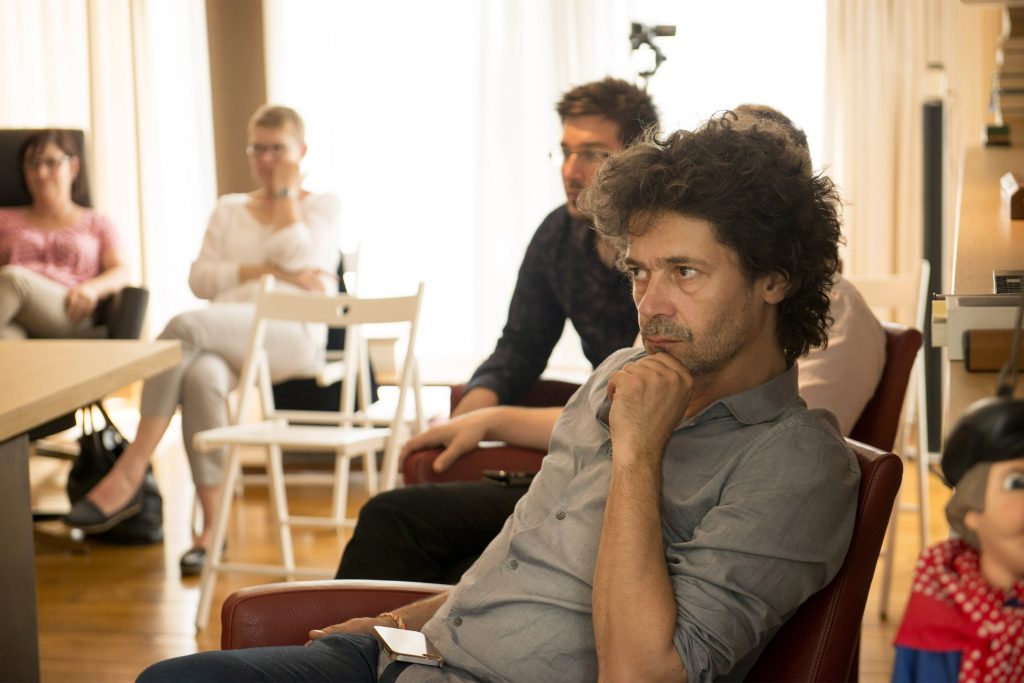 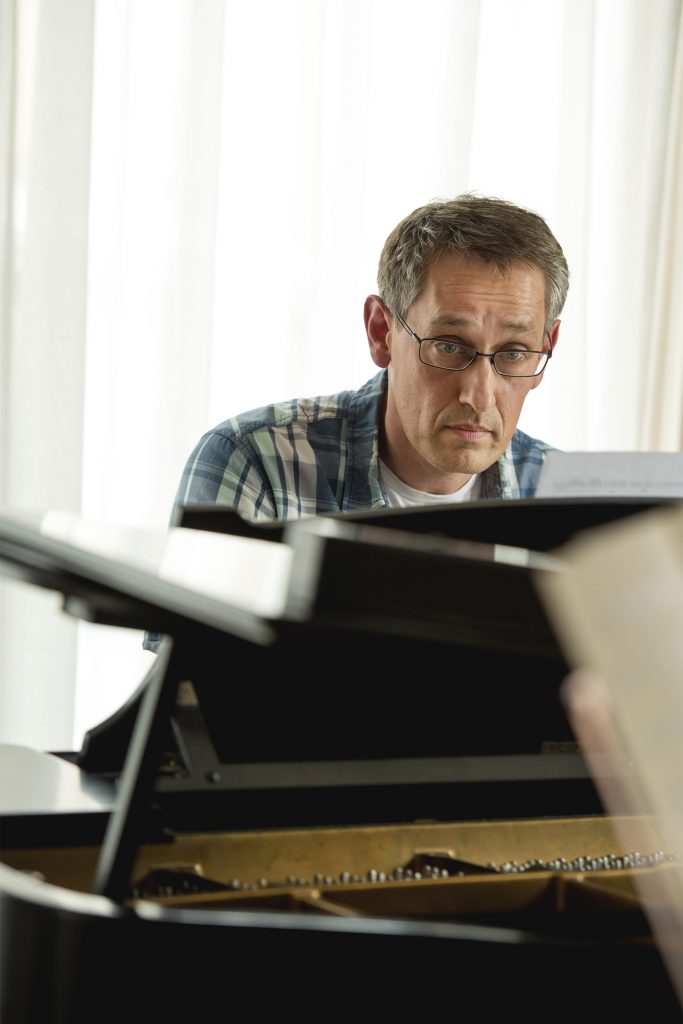 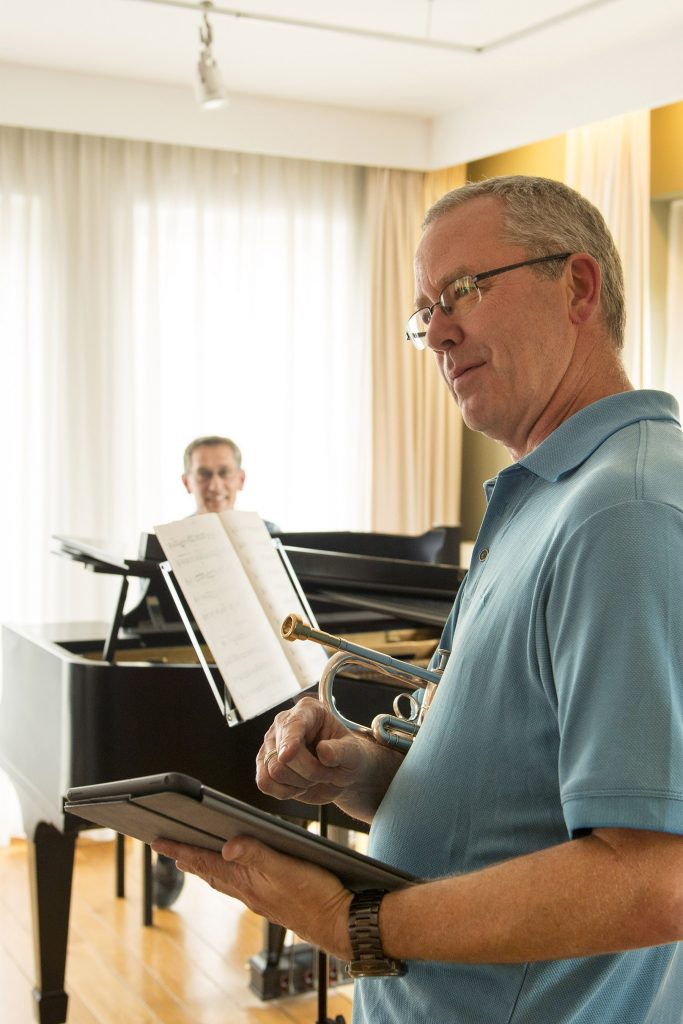 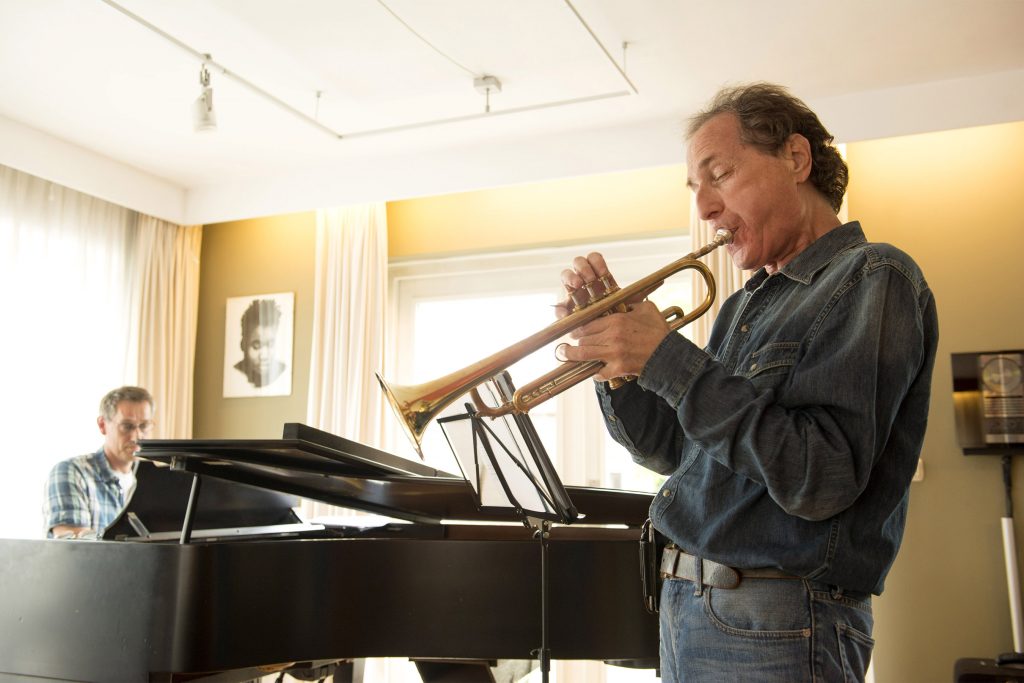 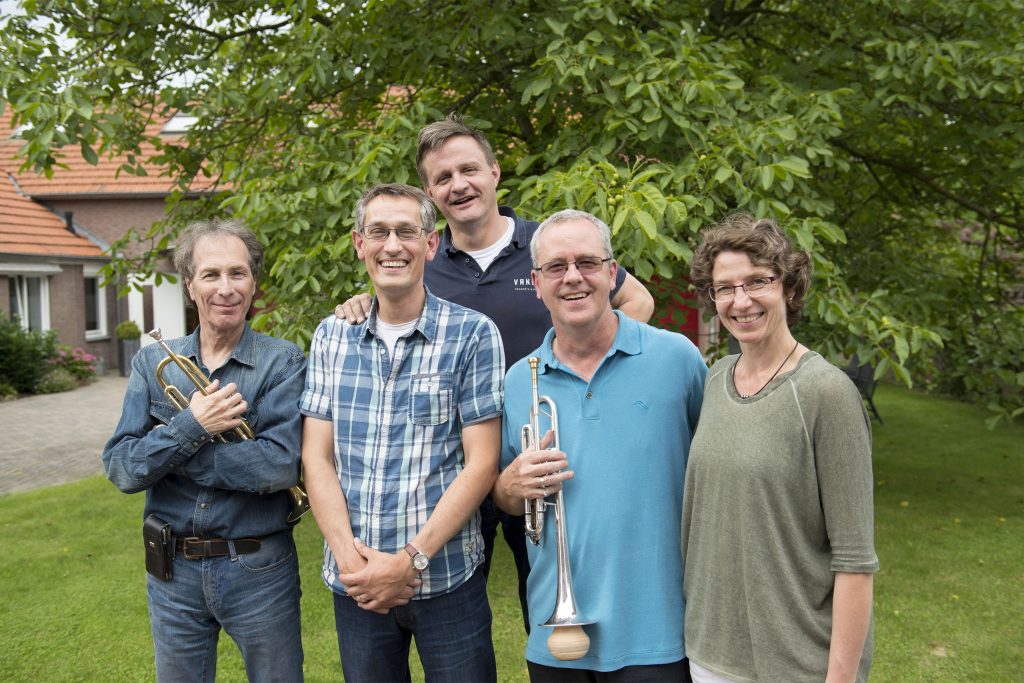 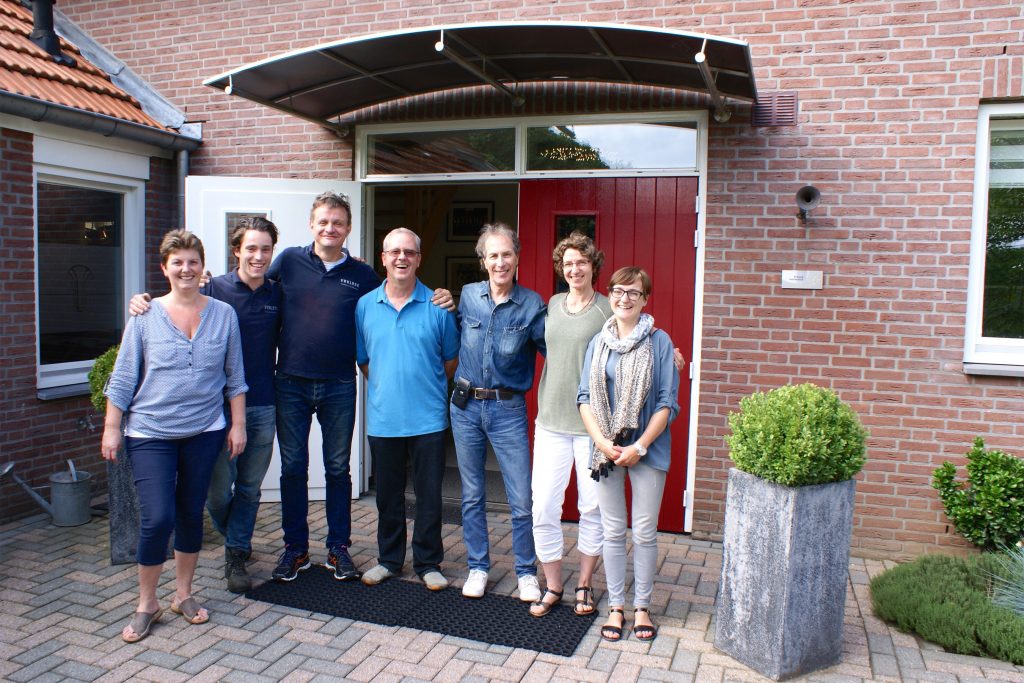 Dr. Howard (Howie) Shear
Dr. Howard Shear toured with the Woody Herman Band as lead trumpet player & featured soloist in 1980. After the tour he moved to Los Angeles and worked as a studio musician and soloist. Among the extensive list of artists he has worked with are: The Chuck Mangione Orchestra, Tony Bennett, George Benson, Mel Torme, Reno Jones, The Temptations, and The Spinners. He was the musical arranger and lead trumpet player on the Joan Rivers Late Night Show. Howie has also played various shows at the Ahmanson Theater and many jazz festivals around the world where he has held trumpet clinics. Arranger and producer of various jazz albums, Howie currently has his own jazz quartet. His classical work includes playing with brass quintets and choirs, solo church work, and solo work in the studios.
He received his Doctorate in Music from the University of Southern California in 2002.

Jon Lewis
You’ve heard Jon Lewis without knowing it. His trumpet playing is on 800-plus motion picture soundtracks and close to 1.000 television shows. Recently, Jon Lewis performed as John William’s Principal Trumpet for Star War Episode VII: The Force Awakens. He still remains busy in the live  music arena as well, playing Principal Trumpet in both the Hollywood Bowl Orchestra and the Santa Barbara Symphony orchestra. He is a charter member of the Los Angeles Chamber Brass Quintet which performs in the LA area. Jon travels throughout the United States  and internationally playing solo concerts and teaching masterclasses. He is the trumpet teacher at the California State University in Northridge, CSUN. Jon plays on around 40 or so movies each year.