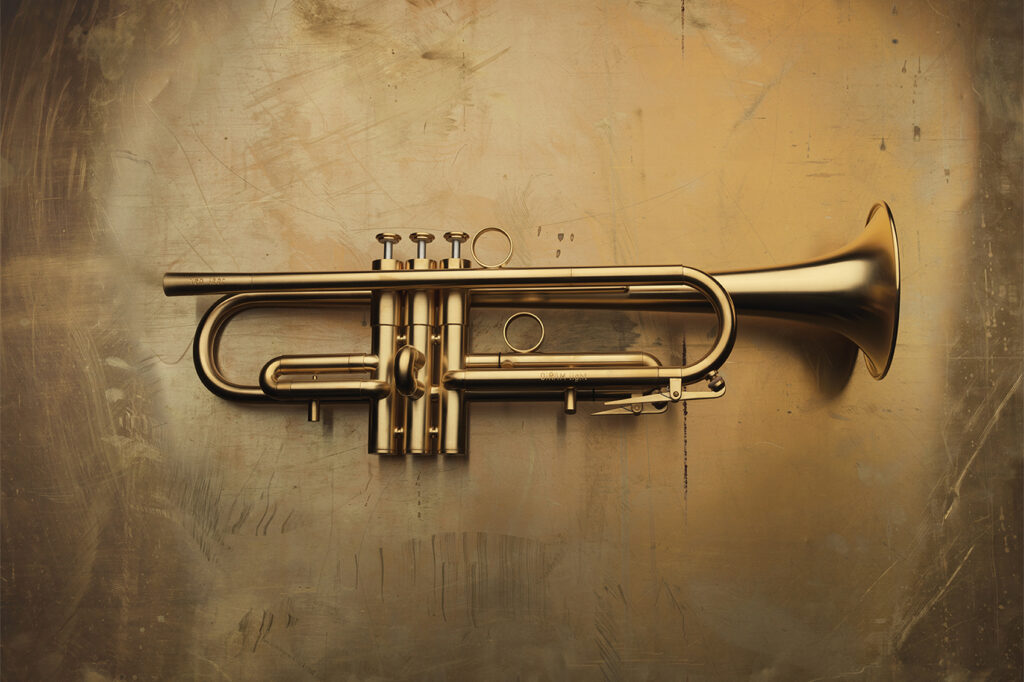 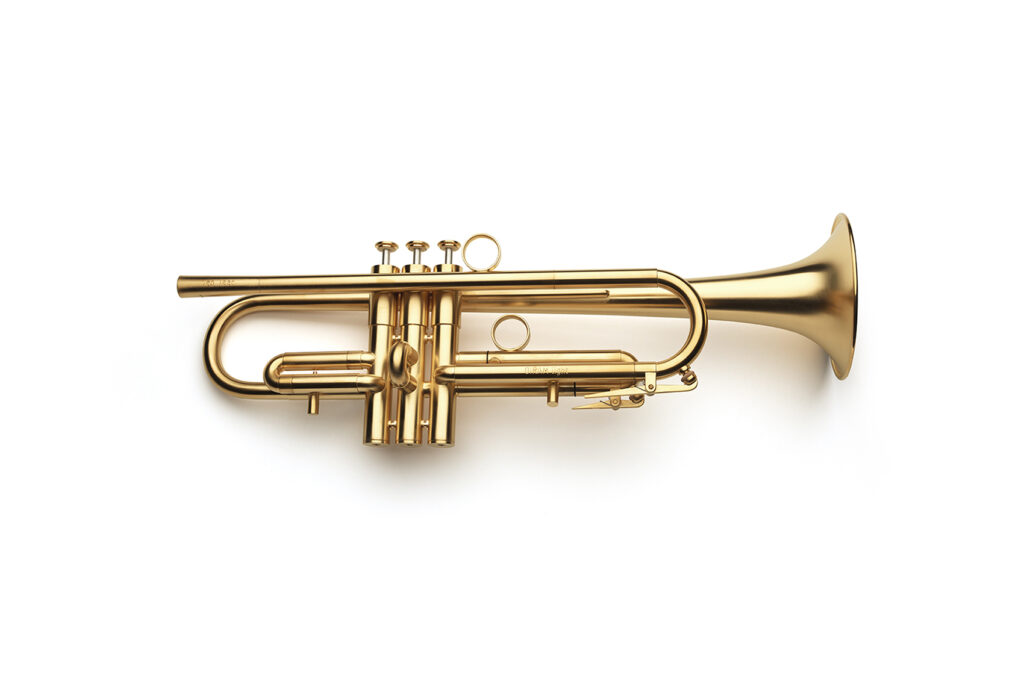 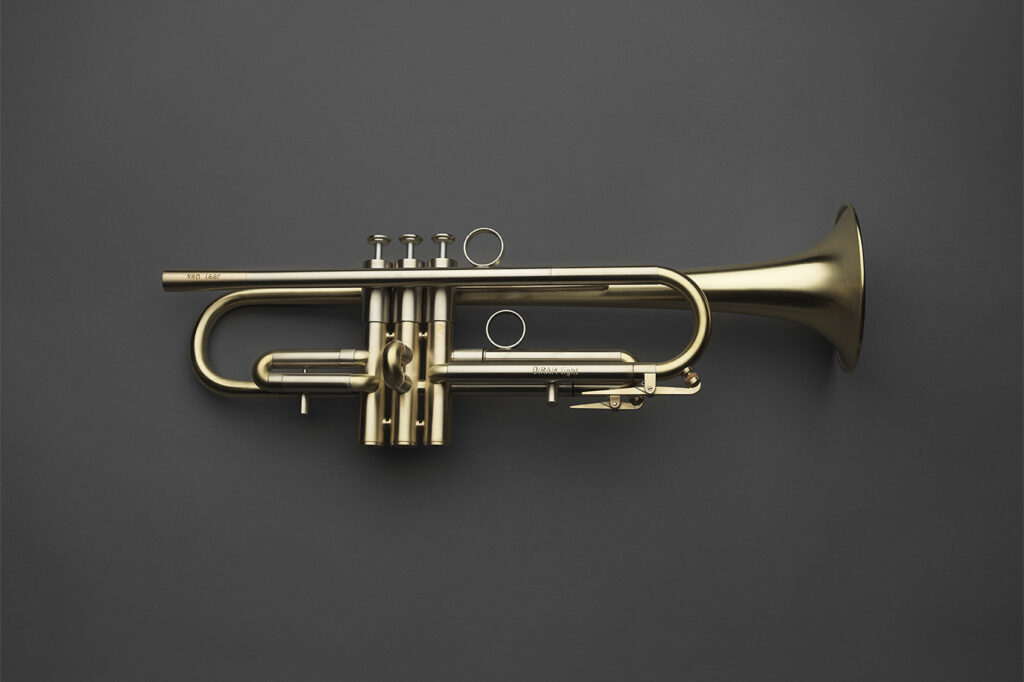 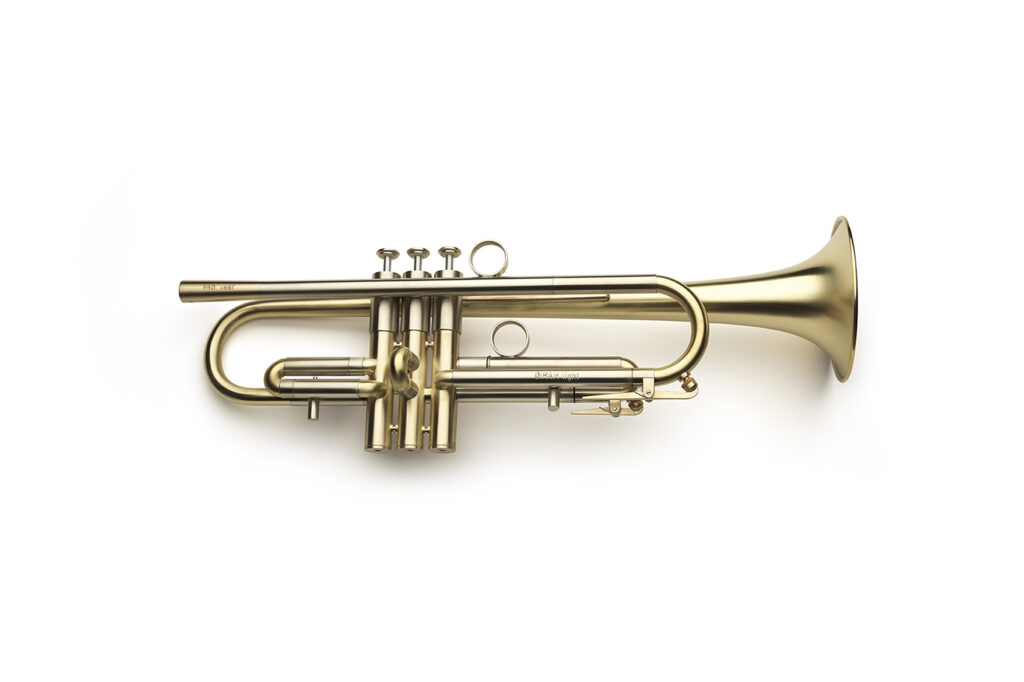 Visually, this simplified configuration intensifies efficacy of the airflow.
The principle of the twin-tube leadpipe refines the shape and also reinforces the awareness of continuity from the mouthpiece to the bell. The valve casing recalls the design of the OIRAM flugelhorn.
The technical and mechanical elements that are not in direct contact with the moving air are made of alpacca, while the elements that transport the air and which create the “sound” are made of brass, according to the acoustical requirements.
The OIRAM light is available with two different bells (OIRAM light I and II).

Artists who play this instrument