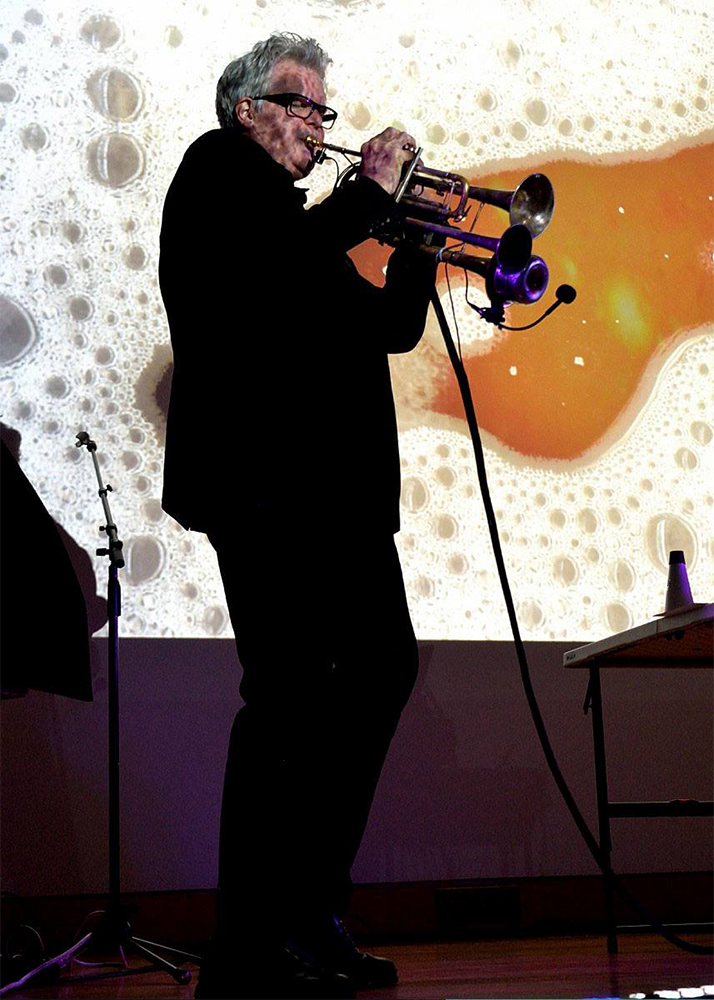 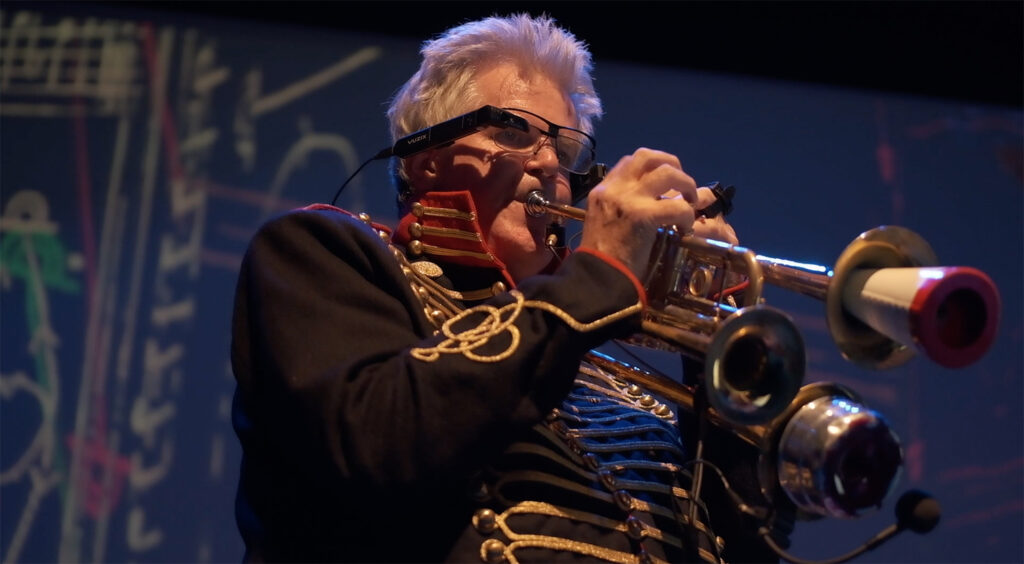 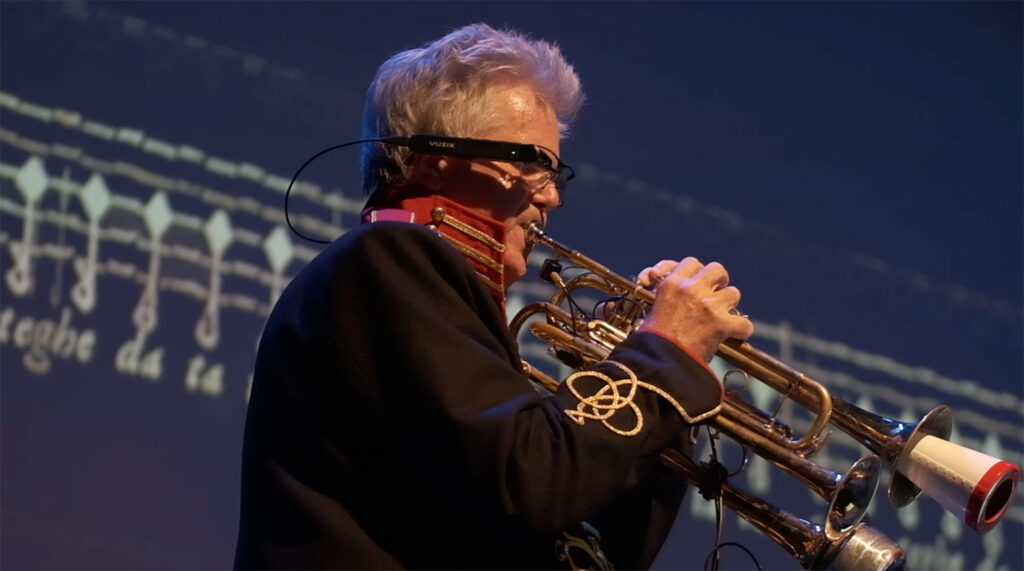 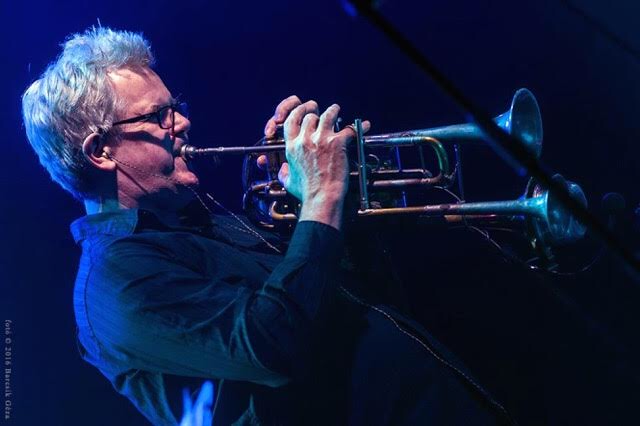 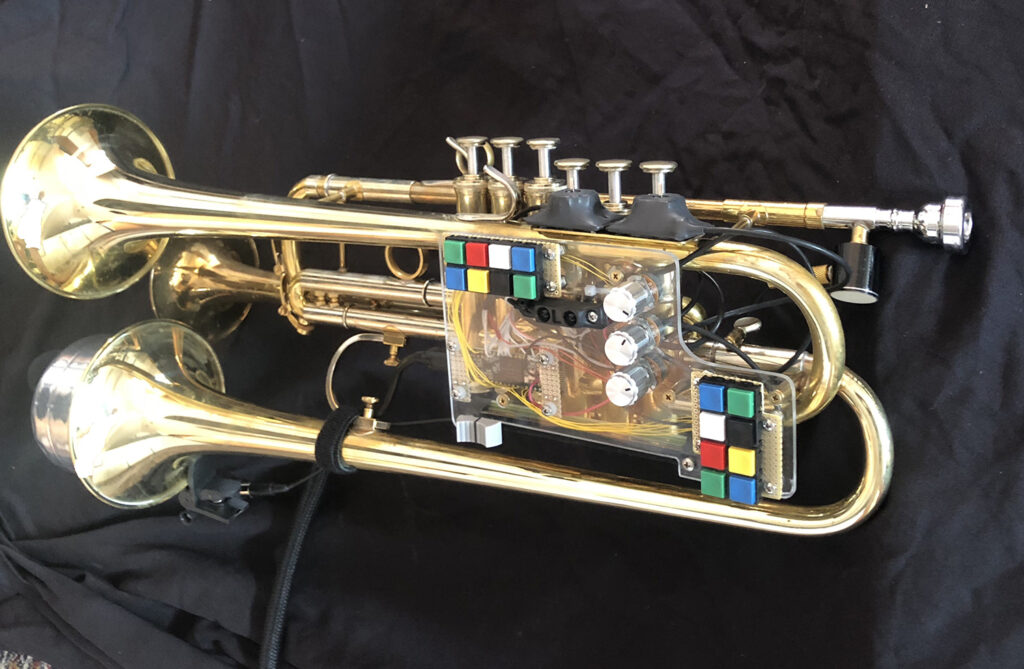 Composer, Performer and Creator of the Mutantrumpet, a hybrid electro-acoustic instrument. The Mutantrumpet was originally developed with Robert Moog and subsequently at the STEIM studios in Amsterdam along with Van Laar Trumpets & Flugelhorns. Ben Neill has released twelve albums of his music on labels including Universal/Verve, Thirsty Ear, Astralwerks, and Six Degrees. Performances have included BAM Next Wave Festival, Lincoln Center, Whitney Museum, Getty Museum, Moogfest, Spoleto Festival, Umbria Jazz, Bang On A Can Festival, ICA London, Vienna Jazz Festival, Bing Concert Hall at Stanford University, the Edinburgh Festival, and many others. Neill has worked closely with many innovative musicians and artists including La Monte Young, John Cage, John Cale, Pauline Oliveros, Petr Kotik, Rhys Chatham, DJ Spooky, David Berhman, Mimi Goese, Nicolas Collins, and David Wojnarowicz. He is currently an Artist in Residence in the Nokia Bell Labs Experiments in Art and Technology program, and a Professor of Music at Ramapo College of New Jersey.

The first thing I noticed when I played a Van Laar trumpet was how incredibly responsive it was.

The ability to play soft as well as the fullness of the tone at any volume was astonishing. The Van Laar instrument enables me to create a much wider range of dynamics, timbres, and colors, making it superbly versatile for any style of music. In developing my custom Mutantrumpet, the Van Laar team was incredibly supportive and sensitive to my ideas, and worked very closely with me to realize a version of my instrument that far exceeded previous incarnations. Hub and his colleagues were very patient and thoughtful, bringing new ideas and possibilities to the design which improved it immensely. The Van Laar Mutantrumpet is truly a joy to play, and is enabling me to fully realize the musical ideas I’ve been developing over several decades. It also records extremely well; the difference in tone from my previous recordings is astonishing, and is inspiring me to create more music that highlights the richness of the instrument’s sound.